Known throughout his life as the “Knight of the Immaculata,” St. Maximilian Maria Kolbe, OFM Conv., was born in Poland in 1894. When he was about ten years old, the Immaculate Virgin appeared to him and offered him two symbolic crowns: the white crown of chastity and the red crown of martyrdom. He chose them both.

Maximilian entered the Franciscan Order at the age of sixteen. So intent were he and his brother, Francis, on becoming religious, that they crossed secretly in a haycart from the Russian to the Austrian partition of Poland to enter the seminary. Max was sent to the Order’s International Seraphic College in Rome for his philosophical and theological studies. 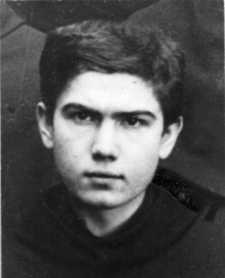 On October 16, 1917, while still a student-friar in Rome, Maximilian founded the Militia Immaculatae (MI) Catholic evangelization movement. Its purpose was to bring about the reign of the Sacred Heart of Jesus by encouraging each and every soul to make a total consecration of themselves to the Immaculate Virgin Mary. “Through the Immaculata to Jesus” was a lifelong motto.

The immediate stimulus for this movement was Maximilian’s desire to counteract the militant naturalism of International Freemasonry that year. He had personally witnessed Masonic activists blaspheming under the windows of the Vatican. He was ordained a priest in 1918 and returned to Poland in 1919, with doctorates in philosophy and theology, and he had contracted tuberculosis. Nevertheless, he immediately began spreading the MI Catholic Evangelization and in January of 1922, began publishing the monthly magazine, Knight of the Immaculata.

Founding the City of Mary (Immaculata)

So significant and rapid was the magazine Knight’s growth, today known as Immaculata, and the community of Conventual Franciscans that formed around Kolbe, that in 1927 he founded a sizeable apostolic center near Warsaw call Niepokalanow, the “City of the Immaculata.” Kolbe’s method of evangelization through the sponsorship of Mary was a major development of the Franciscan charism, stimulating considerable growth in the Franciscan Order itself. For instance, the City saw its original staff of eighteen friars grow to over 650 members in just twelve years.

Apostle of the Mass Media

While living in strictest religious poverty, the friars utilized the most modern printing equipment and administrative techniques available, enabling the Knight magazine to reach an incredible monthly circulation of one million and a daily newspaper to reach 230,000. In 1930, Father Maximilian took four brothers to Japan and founded another City there.

Plans called for a City in every nation with the Knight magazine published in every language. All forms of communication media, including radio, movies, and even television, were to be used without limit for the work of evangelization under Mary’s mantle. 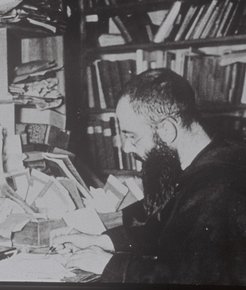 Kolbe went back to Poland in 1936, for treatment of advanced tuberculosis, and reassumed the direction of Niepokalanow – by then the largest Catholic publishing center in Poland, possibly in the world.

When the Nazis overran the country in 1939, they eventually imprisoned Kolbe in the Auschwitz death camp, where in 1941 he offered to take the place of a man condemned to die in reprisal for an escaped prisoner. His offer accepted, he died two weeks later on August 14, the vigil of Mary’s Assumption. In the process, he ministered to nine others dying with him from starvation. Pope Paul VI beatified Maximilian in 1971. In 1982, St. Pope John Paul II canonized him as a “martyr of charity,” calling him “patron of our difficult century.” He is the patron saint of journalists, media communications, the family, and the chemically addicted. 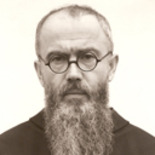 Fr. Maximilian was a profound theologian, as well as a heroic martyr. While the Gestapo thundered toward Niepokalanow to whisk him away to the death camp, Kolbe hurried to finish his book outline on Mary’s self-title at Lourdes, France: “I am the Immaculate Conception.” For Kolbe, Mary, “full of grace,” is so united with the Holy Spirit that, in a sense, she is the incarnation of the Spirit.

This and other insights have helped develop the understanding of Mary as Mediatrix, or “gateway” of the graces of Jesus’ redemption, and Advocate for the people of God.

BACK TO FRANCISCAN STORIES

Ss. Ita and Thomas of Canterbury

The Basilica of St. Josaphat